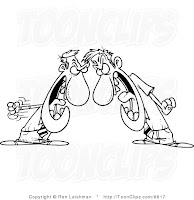 Sometimes Jesus’ teachings are hard to understand. Let’s be honest and admit that this is true. Let’s also not skip over passages in the Bible that we don’t like, if we are trying to understand shalom.
In Matthew 10:34, Jesus says “Do not suppose that I have come to bring peace to the earth. I did not come to bring peace, but a sword. For I have come to turn ‘a man against his father, a daughter against her mother, a daughter-in-law against her mother-in-law – a man’s enemies will be the members of his own household’.” This statement, including the quote for the prophet Micah, is one of those difficult passages in Scripture that requires careful study, because it seems to contradict everything we have learned about shalom so far.

If our beginning assumption is that the Bible does not contradict itself, which is my belief, and if God is the author of truth and not deception, which is also my belief, then where does this leave us? How do Jesus’ words square up with Isaiah’s description of the Messiah as the Prince of Peace? What, then, does Jesus mean when he announces that he brings a sword?

In my earlier posts, I looked at Old Testament passages that clearly establish God’s desire for shalom in his creation and his hatred of violence and conflict, although God will use war as an instrument of his judgment. We also established the fact that the prophets described the promised Messiah as a king who would rule with justice and in peace, a promise Jesus identified with when he began his public ministry. One thing therefore seems clear: Jesus is not advocating violence in this verse.

Jesus’ statement was meant to describe the effect of his coming, not the purpose of his coming. The gospel message that Jesus shared does, in fact, cause division. Sometimes it generates conflict within families, between parents and children, or brothers and sisters.

Jesus knew about this through his own personal experience: even his brothers did not believe in him until after the resurrection (John 7:5). By quoting Micah’s prophecy about conflict within families (Micah 7:6), Jesus was warning his followers that the cost of discipleship might be rejection by their own family.

Being a follower of Jesus requires a willingness to bear wounds, often painful wounds, from family and friends who reject the Messiah and instead create and follow their own gods.

Jesus, the Prince of Peace, wanted his followers to understand the cost of their discipleship. He was not going to hide the price they might have to pay. After all, he knew that he would soon face death – a man of peace, who selflessly helped others selflessly, but was executed as a criminal.

Being a peacemaker is not a safe calling — let’s be clear about that!