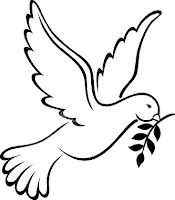 Let’s be honest. Jesus’ teachings on peacemaking are radical. Not only does Jesus take actions that alienate most of the respected religious leaders of his day, he also gives his followers new commandments that are hard to believe and even harder to follow – both then and now!

Shortly after the Beatitudes recorded in Matthew 5, Jesus shares some of the most radical of all his teachings. He begins by quoting the Mosaic law (Exodus 21:22-25) that established the principle of exact retribution. This Mosaic law was revolutionary in its time because it limited compensation due to a victim and restrained revenge – contrary to the common response to injustice in the culture of that time, especially if a family feud developed.

Although Jesus does not contradict the principle of retribution, he states that this principle is not applicable to our personal relationships where love, not justice, ought to be the dominant characteristic.

What a difficult teaching! Jesus says our duty to someone who wrongs us is not retaliation, but acceptance of the wrong without a spirit of revenge. Jesus illustrates this radical teaching with four examples taken from the everyday world of his listeners, examples that must have been painful to hear.

The illustration of being struck on the right cheek was not taken from a fist fight, but was rather the back-handed slap of a master to a slave, a Roman to a Jew – the demeaning blow of a powerful person to the face of a weak, vulnerable one. In a similar way, going the second mile was a clear reference to the practice of the occupying Roman army to commandeer Jews to do forced service.

Jesus is teaching his disciples to avoid revenge and to practice non-retaliation in their personal lives. We must not conclude that Jesus is prohibiting the administration of justice or suggesting that we acquiesce to injustice. Rather, Jesus is forbidding his followers from taking the law into their own hands.

An “eye for an eye” is a principle of justice that belongs in the courts of law, but in our personal lives, Jesus teaches that we must not repay evil with evil, but overcome evil with good (Romans 12:21). If, in response to a blow to the cheek, we retaliate with a return slap, then the perpetrator has taken control of the situation and determined our reaction. Jesus gives us the freedom not to respond according to the actions of our attacker, but to respond in love.